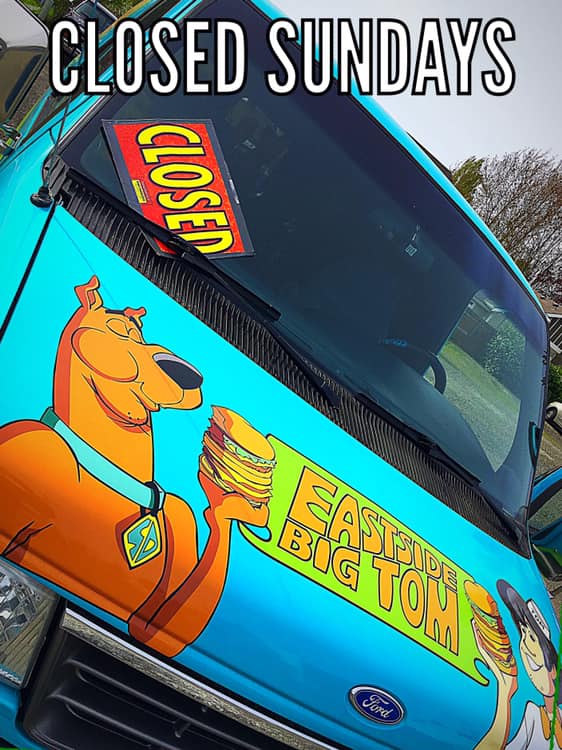 Time to try a little experiment.

Growing up here, we were always closed on Sundays. Somewhere in the early 80s that changed, and our freedom began to erode. It was so subtle that we didn’t notice.

The unspoken blue laws didn’t exist on paper any longer in Olympia, but they still had a hook in our subconscious. We were all waiting for someone else to be the first to crack the Sunday workday door open and have a look around. What happened instead was the door was kicked in and we all came rushing in to loot the place.

Seemingly overnight an entire town was working Sundays. Without a second thought it became the unquestioned new norm, and instead we mocked the occasional business that held fast to the “old ways”.

We’re closed on Sundays. My staff, half of them high school students, need time to do their homework, hang out with family and friends, and make memories. The other half just need a constant day off, to hang with family, friends, and recharge their batteries.

It can’t always be about money, and it never was with my parents. I, however, bought the place a decade ago and turned it into a burger making three ring circus. There’s always spectacle. Flying saucers, a TARDIS, dinosaurs everywhere, Mystery Machine van, Jurassic Park trucks, custom cars, events, fundraisers, always a show. ALWAYS A DAMNED SHOW. We made money, though, and somehow that became the focus. Time to dial it back.

Six days making burgers is enough. One day without the show, just one day.

Thanks for your support,