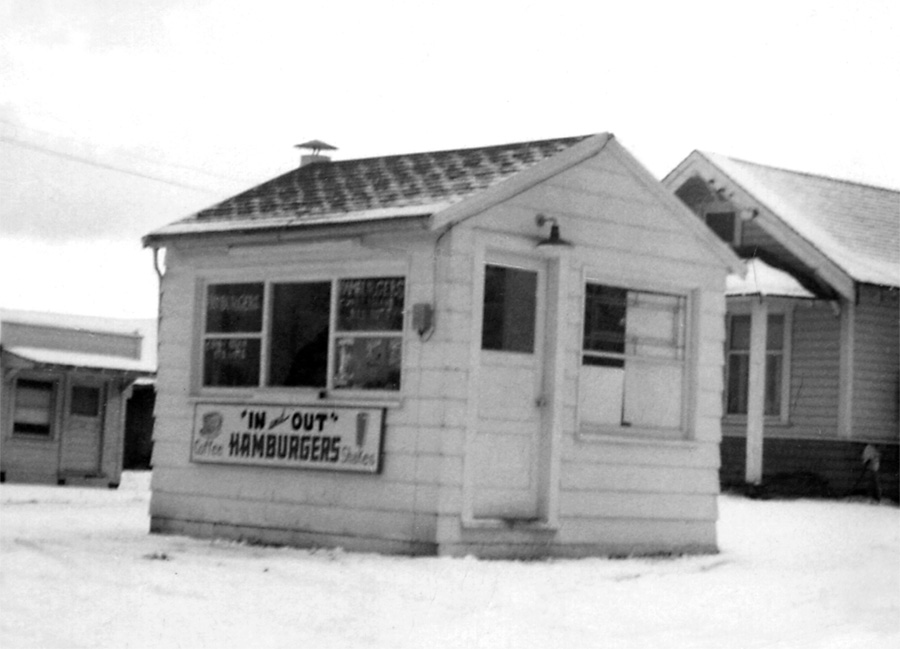 In and Out Hamburgers was founded in Olympia Wa in 1948 by Millie Eagan, the same year as the California chain of the same name. I’ll post photos of it later, but it’s only interesting to six people, and I’m one of them. I hate odd numbers so I always count myself.

Later she would hire my father, on his 15th birthday, to work for her. Her reasoning was that if he was going to hang out there all the time with her son, Tom, he may as well do something. Nine years later he and my mother bought it. That was 1969, and it’s remained in the Fritsch family ever since.

In my twenties I pulled the usual surly first born son nonsense and ran away with the intent of never looking back. Yeah, now I own the place. Funny how that turns out.

If you’re sitting at the window, and an old dude, usually in need of a haircut, is on the grill muttering to himself, that’s me. If I’m not on the grill, you’ll probably see me running around the grounds, visiting with folks in the outside seating area. I’m easily recognizable by my wild hand gestures while talking. Dad wondered aloud many times, what would happen to my ability to speak if I couldn’t move my hands. I don’t want to find out.

I have no idea what I’m doing most of the time, including now, while writing this entry.